RSVP for Rally for Rest Event

Rally for Rest at the U.S. Capitol 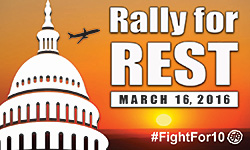 Every three to five years Congress is required to authorize funding and set policies for the Federal Aviation Administration (FAA).

AFA's top legislative priority for this FAA reauthorization is to have Congress increase the minimum rest requirements for Flight Attendants. Seven Flight Attendant fatigue studies, commissioned by Congress, concluded that the best way to combat fatigue is to get more rest.

There is interest in both congressional chambers to include 10 hours minimum rest in a long-term FAA authorization bill. We have an opportunity to immediately improve rest.

***AFA has negotiated a special room rate at the Fairfield Marriott for Flight Attendants who want to secure a hotel room in DC. Use promo code R4R when calling.*** 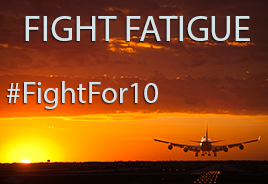 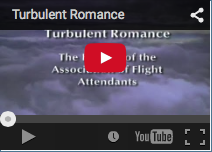